Ultimate Guide to the Different Types of Power Saws

​Nothing shreds wood quite like the different types of power saws. No other cutting system gives us the control and accuracy that these motorized collections of sharp teeth do.

I know what you’re thinking. “What about lasers?” you ask. Surely they are more accurate and easier to use than all the types of power saws combined.

If you’re engraving something nice, then a laser is a great way to go. But if you want a nice, clean cut, then a laser won’t do it for you. At least not without burn damage to the wood.

Then there’s the issue of accuracy. You see, lasers require different strengths for different densities. And wood, as we know, is full of knots and layers of varying density.

So when you go to slice it up with a laser, you end up with a half-charred lump of wood that looks like a toddler took a hammer to it.

In fact, you’re better off using a good-old hand saw rather than a laser! So, what do we use? 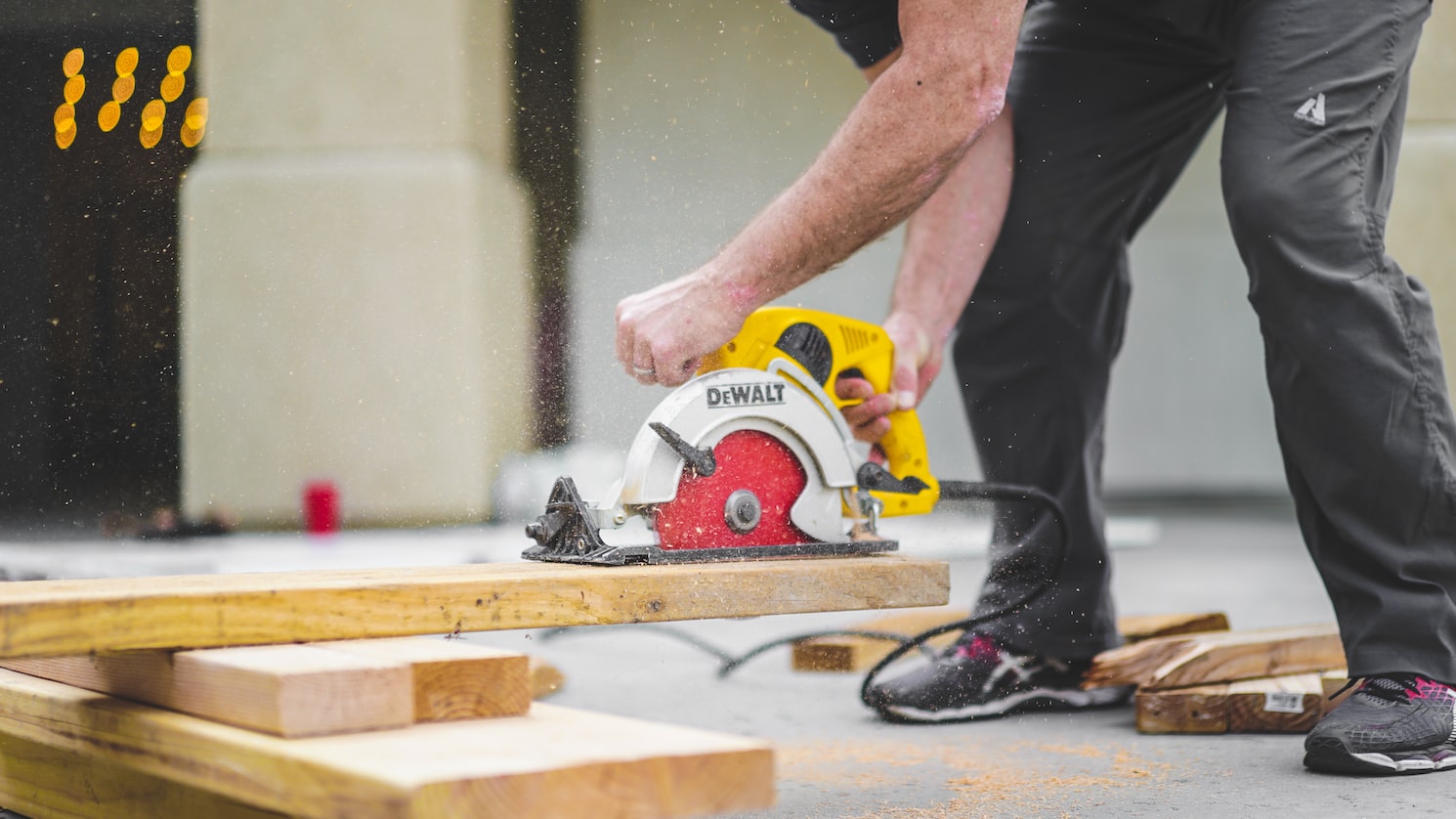 Are you looking for information about the different types of power saws? Chances are you probably have a project in mind and want to know what the best saw is for you.

That’s because there’s a power saw for nearly every use. And many of them can be used for multiple functions. For example, a band saw delivers precision cuts like a miter saw, but also slices and dices the same way as a table saw would.

Of course, you’re not going to get the same level of precision out of it, but if you’re on a limited budget, it might be a great choice.

Who needs a power saw?

If you own your home, then you need a power saw. A simple upfront investment in a quality power saw will save you lots of money in small repairs and renovations. Or, if you’re a woodworking hobbyist, you’ll definitely need a powers saw or two.

Perhaps you rent an apartment. With a power saw, the ability to decorate just took on a new life. You can cut and shape wood to your likings, such as a beautiful living room entertainment unit.

As you can see, everyone can use a power saw. And thankfully they come in all shapes and sizes. So whether you have space for a huge table saw, or a simple handheld jigsaw will do the job, there are different types of powers saws for you.

A brief history of power saws

Would you believe that the concept of the power saw goes back to 1777? That’s when Englishman, Samuel Miller, won patent 1152 for a circular saw driven by a crank-operated leather belt. Of course, that’s not the kind of power that we have today, but it’s the beginning.

Then, in 1810, a Massachusettes woman by the name of Tabitha Babbitt improved on it by hooking up a circular saw to her spinning wheel.

With the push of a pedal, she could slice logs in half faster than the shaker men who floated trees into a mill. By the way, that’s where she got her motivation to create a more efficient saw.

But it wasn’t until the 1920s when someone had the genius idea of hooking an electric motor to a hand-held circular saw machine, and the first true power saw was born.

Since then, the line has expanded to include a whole bevy of different types of power saws.

By now you’re probably sure you need a power saw. But which one? There are a few main types of power saws that you need to know about. Everything else is simply an offshoot of one of these.

But before you get to those, ask yourself whether you need a portable handheld saw or a heavy-duty table saw.

First, up is the ubiquitous handheld circular saw with its well-known circular blade (hence the name). Not only was this the first power saw invented by humans, but it’s also the most common power saw around.

More people own a circular saw than any others. And for good reason.

You see, this is the most versatile handheld power saw. It does everything that a manual handheld saw can do, but faster and much easier.

You’ve probably heard it called a buzzsaw. Or perhaps even a Skilsaw, after the famous brand. For example, this highly-rated Skilsaw SPT77WML-01 is a lightweight seven and a quarter inch circular saw.

You can use it to cut wood to size and to make rough cuts. However, you’ll want to avoid precision jobs with a circular saw.

Next, is the hard-working tabletop miter saw (also spelled mitre saw). You can pronounce it like “My ter saw,” except in New England where it’s pronounced “Me ter saw.”

However you pronounce it, the miter saw is what you need for precision cuts. You can make bevel and miter cuts with it (hence the name), which makes it a favorite among woodworkers.

However, these saws are not portable. Even the smaller Genesis GMS1015LC requires a work table to rest on.

If you need to make picture frames, cut skirting, or do any type of precision carpentry, you’ll need a miter saw.

Do you need to destroy something? We’re not talking about making nice little cuts or building a frame. Instead, we mean chopping down branches, destroying a sofa, or cutting a hole in the drywall.

In that case, you need a reciprocating saw. It’s a handheld beast with a straight saw blade which reciprocates (hence the, ah, you get the idea) up and down between two skids.

And these things mean business. Take the DeWalt DCS387B, for example. A 20-volt motor powers the blade through almost anything!

So, when you want a wrecking ball instead of a scalpel, bring in the reciprocating saw.

Next is the most excellent tool in the world for rounding edges. Have you ever wondered why puzzles are called jigsaw puzzles?

It’s because once the jigsaw was invented in the 1880s, puzzle makers realized it was ideal for cutting their wooden puzzles into the intricate, rounded pieces we know today.

And so “dissected puzzles” became known as “jigsaw puzzles.” Definitely a rebranding victory.

A jigsaw is a handheld with a short straight blade, and the saw blade itself consists of rows of very fine, very sharp teeth. The Bosch JS470EB 7-amp jigsaw is one of the best you can get.

So, if you need to cut rounded corners or do any kind of cornering work where being maneuverable matters, the jigsaw is for you.

Next up is one of the workhorses of any wood shop. Of course, we’re talking about a band saw. But what is a band saw?

To illustrate, a band saw is a continuous belt that runs around in one direction. The saw itself is the metal belt and it feeds from the top of the machine to the bottom.

As you push wood against it, the saw seems to glide right through effortlessly.

Band saws are usually large, sturdy steel beasts, like this Grizzly G0555LX Deluxe bandsaw. They’re not so much tabletop saws as they’re the saw and the table in one unit.

You generally need space for this kind of power saw.

Finally, the powerful table saw brings function over form. But it can cut through the heaviest woods. For example, a table saw will slice apart pressure-treated lumber and hardwood.

Of all the types of power saws, this is the only one to do that.

A table saw is basically a flat table (hence the, ok let’s just skip this part) with a circular saw blade mounted underneath. The blade sticks up through a slit in the table, and woe to any hardwood unlucky enough to get pushed across it.

As you can imagine, these are not light machines. But table saws such as the DeWalt DWE7491RS and its 32-inch blade powered by a 15-amp high-torque motor, get the job done.

In case you’re wondering if you need a table saw or not, think about this: Do you have heavy woods or a really large number of wood boards that require cutting?

In that case, a table saw is for you. However, don’t expect any curves or fancy precision work. This workhorse is strictly for straight cuts.

​Which Do You Need? 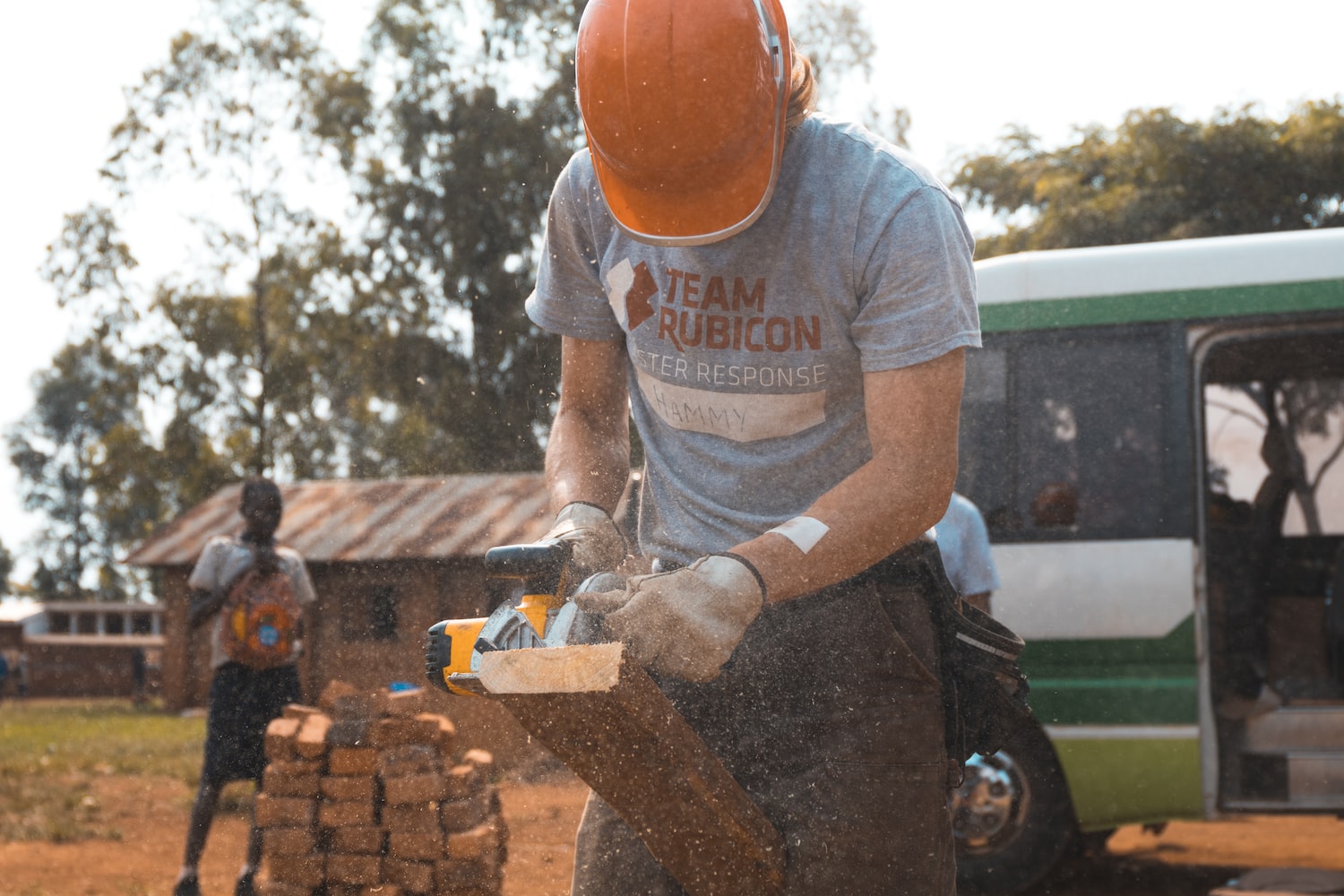 So, which of these types of power saws do you need?

First, decide if you need a handheld or if you have room for a big table-mounted saw. Then, figure out what kind of project you have.

But if you find yourself often cutting up large items, a reciprocating saw or a table saw, will do just fine.

And finally, if you’re a woodworker, and this is a passion, then you’ll want some serious equipment. For example, get yourself a band saw, and a jigsaw, along with a miter saw. You won’t be disappointed.

Which are the best types of power saws for you? Let us know in the comments!